Costa Rica was the poorest of the Spanish colonies, with no major mining industry and with a small population of natives, those conditions made the small province unattractive for the Spaniards.

It is well known that the Governor had to work hand in hand with the poorest of the citizens cultivating the land, because of that unattractiveness the Spaniards mixed at a very early stage with natives and that gradually produced a very consistent phenotype that resembled the Spaniards.

The lack of major resources and the similar phenotype created what is know as the egalitarian tendency that was born in the origins of the Costa Rican society. What initially made Costa Rica the poorest later made it an example of peace in the middle of a convulse and unstable region.

Very little was known or heard about Costa Rica, with no significant wars, natural catastrophes and very isolated our country was just a banana republic. That egalitarian tendency made the abolition of the army a natural decision, the lack of an army allowed the poor country to invest in Education and Social Welfare.

When I was growing up in the 80s I remember accepting with sadness that my country depended  exclusively on exports of bananas and coffee and knowing that the developed nations were industrialized. I also remember visiting the local natural attractions believing that they were not good enough to attract tourists to Costa Rica.

The bet that the country made on education slowly started to pay dividends in the 90s and we started receiving tourists mainly from North America as the country gained certain recognition for its collaboration in the Peace Treaty achieved in Central America.

The economy began to grow and change and received its first multinationals that discovered that despite the country’s limitations in infrastructure its solid democratic foundations and the good level of education created a rare stable political and economical environment.

Now the country depends heavily on Tourism, Technology, Services and Agriculture we have a diversified economy that has been able to absorb shocks of the global economy. An important percentage of the population receives wages comparable to those paid in developed nations.

Costa Rica now faces severe challenges before it can become a developed nation, but we have come a long way since we were just a banana republic.

Globalization has had an impact in the once very isolated nation, now Costa Rica has a reputable and internationally admired country brand.

If we want to build a better Costa Rica we have to be proud of the society that we have built with what we had and develop a shared vision of the Costa Rica that we want, the secret is to understand  and respect our unique origins, the best of Costa Rica is the Costa Ricans. 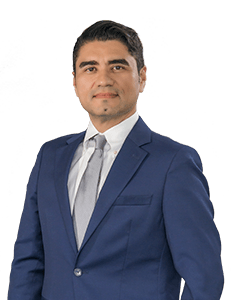 If you have additional questions on this topic, feel free to directly contact our managing partner at GLC Abogados Augusto R. Arce via his email address: augusto@glcabogados.com or by calling at +506 2524-3176. Schedule an Appointment