Love is spelled WILL! 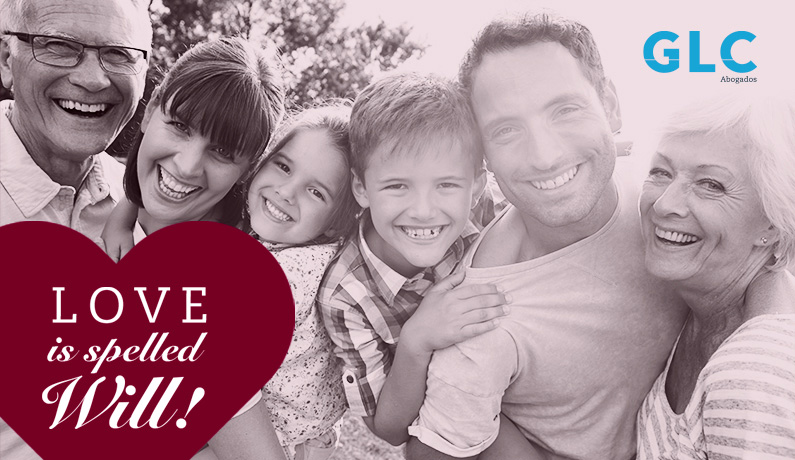 Issuing a will can be considered an act of love toward your personal family members. After all, you are devoting time to prepare a legal document establishing how you want your assets to be distributed when death occurs. However, the little time that it takes to issue your will could end up saving months or years of time for your heirs when you are not around anymore. You want to make certain that because of your hard work, your spouse, your children, and your family will have a better future. For that reason, it is strongly recommended not to wait until the last minute to prepare your will for your assets located in Costa Rica.

The best time for issuing a will is now!

This recommendation applies to every person, but it is especially important for expats who acquire assets in Costa Rica. The laws of Costa Rica are different from that of an expat’s home country. In fact, even the laws of a particular state in the United States, where a person resides, are different from the laws of nearby states. If that conflict of law happens between states, think about how drastic the conflict of laws could be between a country with common law tradition like the U.S.A., U.K., or Canada and a country like Costa Rica with a civil law tradition. Inheritance laws are significantly different between countries. The will that you issued in your home country may work perfectly for your assets in your country, but your investment in Costa Rica could be at risk without a will issued specifically for your goods in accordance with Costa Rican laws.

After conducting research on the number of foreign probates brought to Costa Rica for execution (a judicial process named exequatur), we had a hard time finding at least one successful case. We were able to find only one probate proceeding that originated in the U.S. that was successfully executed in Costa Rica [1]. In most cases, the lack of a will issued for Costa Rican assets resulted in the impossibility of passing the inheritance to the heirs. Heirs end up devoting valuable time and resources hiring a local attorney to file expensive proceedings before the Supreme Court of Costa Rica and, unfortunately, may end up with nothing. Exequaturs can only be processed by the Supreme Court of Costa Rica, and this process could take a year or longer. For most of these cases, because there is no local will, the deceased person’s property located in Costa Rica most likely ends up with someone other than the deceased person’s heirs and contrary to his/her wishes.

For these reasons, issuing a will based on Costa Rican laws for your Costa Rican assets is a smart and effective way of making sure that your goods end up in your family’s hands. This occurs through a relatively simple 3-4 months probate proceeding before a Costa Rican notary public [2].  A will is inexpensive and can be jointly issued by spouses. Once the will is issued, it is automatically filed in the National Arcade of Costa Rica, which is a reliable and efficient public institution. The National Arcade works as a public registry of wills, allowing your heirs to always be able to find your will even if the attorney that issued it cannot be located or is unable to assist. Let us help you in preparing your will and protecting your legacy for your family’s future!

[2] Applicable to probate proceedings in which all the heirs are of legal age, mentally capable, and when there is no dispute between heirs toward inheritance.

If you have additional questions on labor matters, feel free to directly contact our partner at GLC Abogados and director of the Business Division, Manuel Porras via his email address: manuel@glcabogados.com or by calling at +506 2524-3176.